This is the second part of the JavaScript Quirks for Classical OO Developers. I will cover a bit of the most important things that you may have missed (I certainly did) with JavaScript as a C#/Java Developer without going into too much detail and some references for further reading.

How do I create a class?

In C# and Java, it is simple to think about how you would write a class – it is the blueprint for objects in its purest form – your object is simply an instance of a type (class) that has some methods. In JavaScript, writing a class isn’t quite as obvious, so here are some common patterns used for writing your class.

Anonymous functions allow the creation of Objects without the need for Constructors. The anonymous Object is most commonly used for passing as arguments – you’ll see this commonly used in jQuery plugins for passing option arguments.

This is also known as the “Revealing Pattern”. With this pattern, nothing is exposed as public, instead, it returns an anonymous object at the end with everything defined exposed as public. This makes it easy for developers to see what’s available for them to use and this also makes it a bit easier to decide later what needs to be exposed and what needs to remain private without much modification. This approach makes use of the fact that JavaScript keeps the state of variables inside a function, so long as it is referenced somewhere – in this case, it is referenced by the returned anonymous object.

The problem with this pattern, when used purely by itself without the use of prototype, is that you are essentially having a copy of each and every single function you define in each instance of your Object – it is highly encouraged to share functions using a prototype.

To demonstrate, see this example: 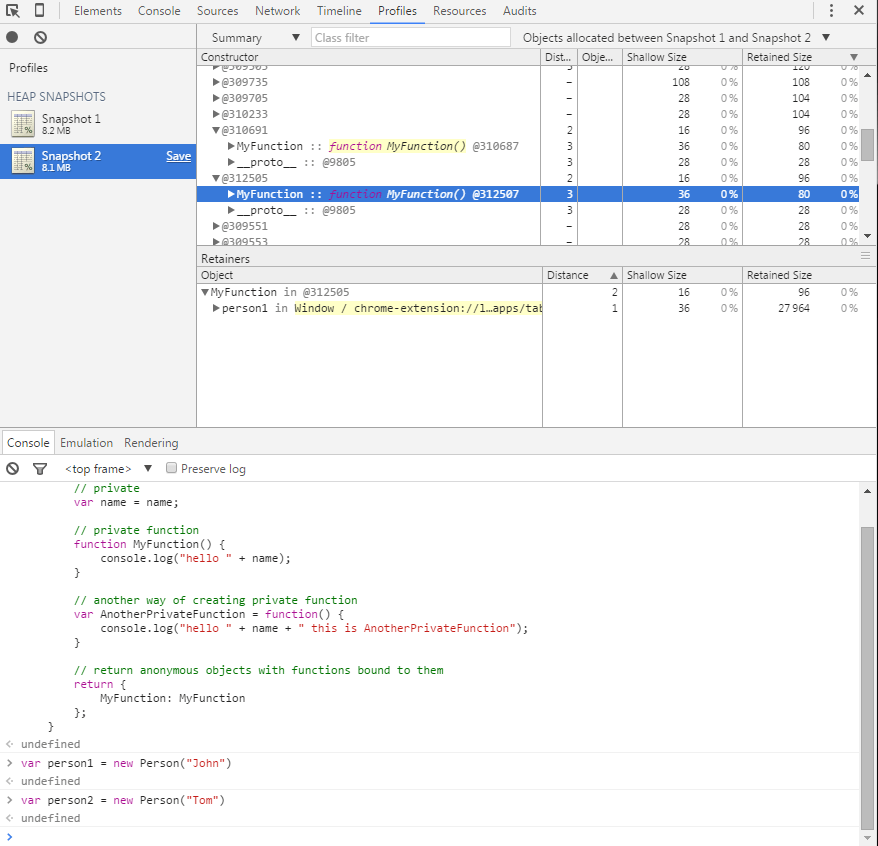 This one is a fairly common pattern, simply bind the object to this to expose for public use – this has the same issue as revealing pattern where you are duplicating a function over and over again for each object created.

Let’s have a look at how using this looks in the heap.

Notice that this.sayName for each Object memory reference are different, each one taking up 36 bytes. 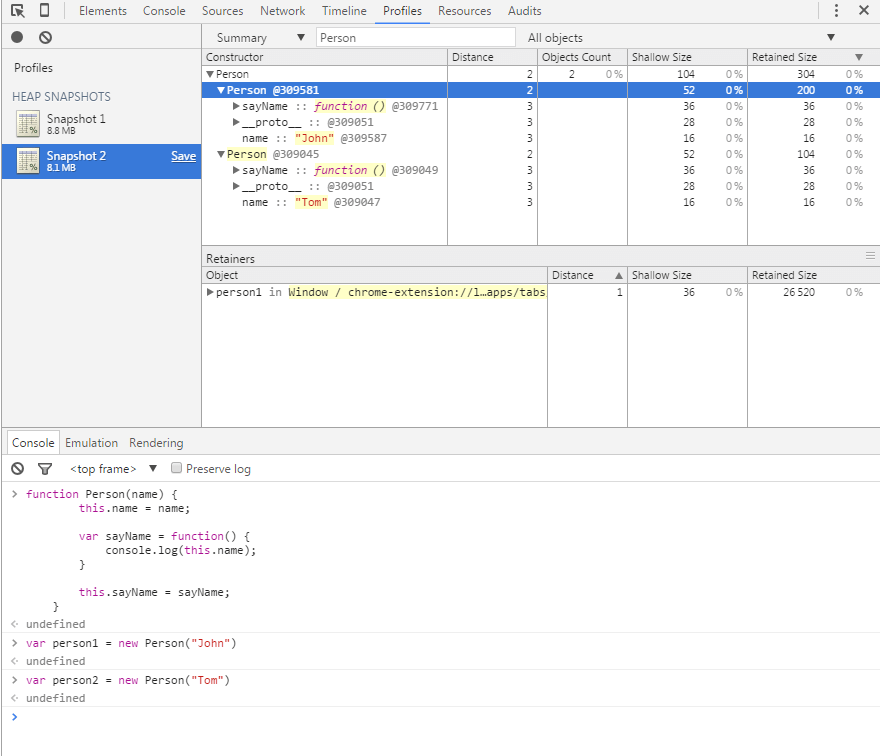 This should be your preferred way of adding functions whenever possible as this makes the function shared through the Object’s prototype – it is highly performant and costs less on memory since functions are shared across multiple Objects rather than having a copy of the function for each Object instance.

Remember that an Object’s prototype is shared among all Objects inheriting from the same prototype.

Notice that myObj1 also received a new method named logValueWithHello even though it existed before we added the new method. To truly understand the nature of prototype, check mozilla’s write-up on Inheritance and the prototype chain.

Wow, prototype is cool, that means I can add new functions to pre-existing objects, so that means I can add new functionalities to built-in types like string and array right? Before you think of doing this, think again… It’s usually better to just create a wrapper that adds functions to the object (as what jQuery does) or create a helper/utility function – otherwise, you will have the headache of having to ensure that no name ever clashes with the native methods.

Let’s see how this is referenced in our heap. 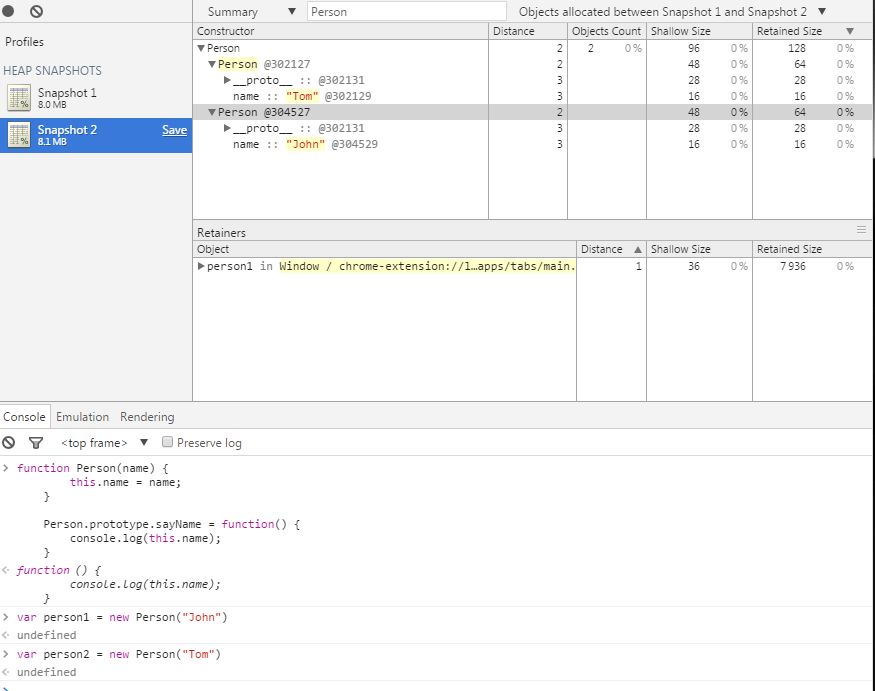 Notice that both methods have the same reference.

== Might not be what you expect it to be. == operator compares only by value, === on the other hand compares both type and value without coercion.

Some examples to illustrate:

Funnily enough, NaN doesn’t equal to itself or any value for that matter as the code example below shows.

Since NaN is the only type not equal to itself, you could check for NaN by doing something like this:

Other Concepts you need to understand

JavaScript is a fun language, it’s easy to get into but difficult to master – have fun !!

Looking for a job as a software engineer?